Shut up and sing the song 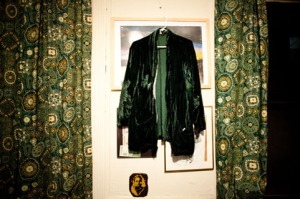 When a songwriter at Jack Hardy’s weekly songwriters group would explain what he or she was about to sing, Jack Hardy would say, “Shut up and sing the song.”  Abrupt, and to some, rude, but a valid procedural point for a workshop, even more notable in its good advice to the writer.

Let the work speak for itself.  If something is  important enough, yet is not on the page, or in the lyrics, put it in there.  Rework or revise it later if you need to, if what you mean is not conveyed through your magic lattice of words, sounds, syllables.

I’ve stolen Jack’s  line when approaching fiction workshops: it applies.  I feel very rude ever telling someone to “shut up,” and usually preface it with context.  As an imperative to action, “Shut up and sing the song” is simple and worth doing.  (I’m talking to myself, too.  For years, I whined about how I wanted to write and yet was not doing it.)  Shut up about what you want to do, wish you could do, mean to do, intend to do.

Shut up and sing the song.

2 responses to “Shut up and sing the song”