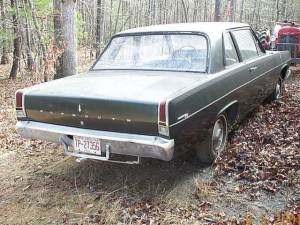 This is not a photo of my actual car.

Has anyone else noticed that either NPR is now intentionally hiring broadcasters who stammer, or broadcasters are deliberately mimicking Terry Gross?  Or worse, World Cafe’s David Dye?

I have nothing against Terry Gross, in fact, I love “Fresh Air.”  Back in college, I remember listening to “Fresh Air” (usually on road trips in my 1967 Plymouth Valiant) and the way Terry Gross said, “From WHYY in Philadelphia, I’m Terry Gross, and this is Fresh Air” made me believe that not only did she have the best job in the world, but she relished simply saying the words.  I still dream of being on her show some day.  Her stammer has always sounded natural, quirky, and endearing.  And her interviews!  She can make utterly uninteresting topics fascinating.  And clearly, she listens to the people she is interviewing.

I wonder about David Dye.  He stammers, too, but also fawns, and generally, while the music was once interesting (I’m thinking back to the 1990s), these days, I find it incredibly watered down to a bitter, weak tea.  There are exceptions, but usually I am lulled into a stupor by the mediocrity in his musical choices.  (Dangerous when driving.  And probably a reflection on what fits in the uninventive AAA format of radio in 2010.  cc: Elvis Costello.)  What bugs me the most about David Dye, though, is how he doesn’t even seem to be listening to what his interviewers are saying, but instead reading and preparing to ask the next question.  I can’t recall him switching gears, or probing deeper.  There is an art to the interview (as Terry Gross and her fans know) and David Dye seems more interested in flattering his guests than getting into real conversations.  And in style, I have long wondered about him: whether, when he interviews people, he is copying the cadence of Terry Gross, hoping some of her talent will rub off on him by association.

Then there’s Ira Glass.  I rarely get to hear This American Life, but when I do, I’m usually completely engrossed after a few moments.  Ira Glass stammers a bit, but it sounds genuine, usually at times when he’s baffled by some bizarre aspect of humanity.

But for a long while, I’ve noticed others on NPR stammering.  Stammer is cropping up in serious political interviews on All Things Considered.  And even on the weekends, there is an increase in stammering.

Here’s my thesis, based on a plethora of very exacting scientific research (ahem).  Maybe since George W. Bush’s “beer buddy” image of the 2000 Presidential election, NPR, and the rest of the friendly U.S., wants to feel more folksy, more disarming.  It’s human to stammer.  We all do it. (Henry James might be the one exception.  He was a stutterer, and as a child, he became used to drafting sentences in his head before he spoke them.  Ultimately, this, along with wrist problems, led to him dictating his writing to a typist.)

I do wonder if NPR is coaching their people to do this intentionally. “Listen to Terry, listen and learn!  She knows!” Human Resources might say to new hires.

25 responses to “Stammering on NPR”